In many indigenous traditions, a person seeking answers to questions would approach a medicine manor woman sitting by the fire and ask what they should do to resolve their dilemma. He or she classically would respond to this request by saying, “Let me tell you a story.” Moms, dads, mentors, and friends can do this, too…. In new situations, often what is needed is a new story that can help supply a map for the new journey and a toehold when that journey feels like climbing up a steep and dangerous mountain.
— Persephone Rising: Awakening the Heroine Within 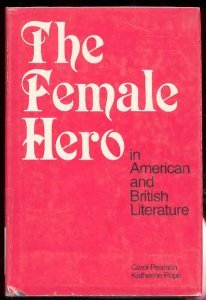 The Female Hero in American and British Literature

Free PDFFree PDF
Back to books

Carol S.Pearson, Ph.D., is an internationally recognized scholar and well-known author of numerous books, among them the bestselling The Hero Within, Awakeningthe Heroes Within, The Hero and the Outlaw, and Magic at Work. Her new book,Persephone Rising: Awakening the Heroine Within, was published in October 2015. In May 2016, Persephone Risingwas named a gold medalist in the category of books for women by the NautilusBook Awards, an annual accolade of books in the genre of social and environmental justice.

Dr. Pearson previous book, The Transforming Leader, is an edited collection of cutting edge essays on the challenges facing leaders in the 21st century. It grew out of the Fetzer Institute's Leadership forTransformation Project, for which she was principal investigator. TheTransforming Leader was honored by the International Leadership Association formaking a significant contribution to the field of leadership.

Dr. Pearson previously was executive vice president and provost and later president of Pacifica Graduate Institute in Santa Barbara,CA. She has been a senior administrator and professor at higher education institutions including the University of Colorado, the University of Maryland,Georgetown University, and Goucher College; a consultant for multinational corporations and government agencies; and a popular public speaker and workshop leader. Before going to Pacifica, she was executive director of the JamesMacGregor Burns Academy of Leadership at the University of Maryland, a professor in the UM School of Public Policy, and a member of the executive committee of the International Leadership Association. Earlier in her career,she was president of CASA: the Center for Archetypal Studies and Applications;president of Meristem, a nonprofit educational organization; and senior editor of The Inner Edge: A Resource for Enlightened Business Practice. She and her husband currently live in the Washington, DC area.

A wonderful survey of feminist fiction—this book presents the gist of what makes the feminist novel, in which the female hero struggles against the dragons of convention: society, family, domesticity and romantic love.

I got hooked on a couple of titles while reading—never minding the spoilers. I'd love to read novels like The Crying of Lot 49 and Even Cowgirls Get the Blues; and it's not only because of the catchy titles.
– Sohaib

Carol S Pearson is the creator of the 12-Archetype System that led to the development of the Pearson-Marr Archetype Indicator® assessment, which does for Jung’s archetypal work what the Myers-Briggs has done for type. Archetypes motivate and energize human journeys, so that life becomes full of meaning and purpose. Becoming conscious of the archetypal stories each individual is living furthers heroic success and fulfillment at the personal level.  Awareness of the stories people are living together in organizations, communities, and cultures builds the narrative intelligence necessary to create great places to work.

Protected Page404 PageStyle GuideLicensingSearch
AboutPublicationsBlogArchived BlogNewsletterMediaEventsContact
Thank you! Your submission has been received!
Oops! Something went wrong while submitting the form.